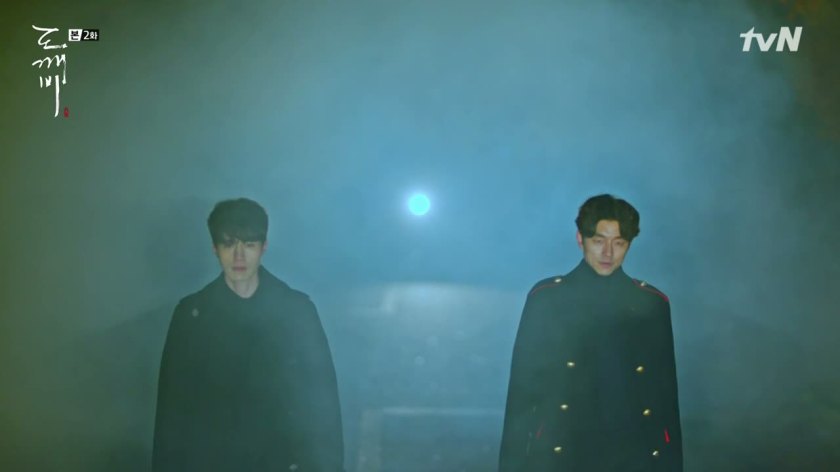 In this episode we get to know more about the supporting characters in the series (Grim Reaper, Sunny, and Deok-Hwa).

We are seeing the nice view of Canada on this episode as for some reason, Eun-tak was able to follow Kim Shin to Canada just by following him through the door. There are more cute scenes of Kim Shin and Eun-tak.

We get to know the daily life of the mysterious Grim Reaper. He is respected by his peers and we were able to glimpse how the dead are being guided in the afterlife. His involvement in the series is yet to be seen. The rivalry between him and Kim Shin was really entertaining as we get to see the funny side of these two.

Deok-hwa grew up to be a mischievious nephew of Kim Shin, If I were to describe him as an object, it will be a credit card. Quite a punishment for a rich grandson of a successful man. The revelation of how he knew that Kim Shin was a goblin was quite intriguing. It shows that Kim Shin puts down his guard some times (thankfully not for much people).

And finally Sunny… The charming owner of the chicken restaurant where Eun-tak is now working. What’s her involvement in the series? You might be surprised once the plot is revealed. What’s with her character that she is paired with the Grim Reaper? We’ll find out soon.

That final scene was iconic (in my opinion). An unusual alliance came to save Eun-tak, but I’m so much more excited by the fact that goblin and reaper came together. This is the start of brotherhood and yet so many antics down the road. The underwear backstory is really funny, I really hope they made a backstory of it.