Hi! It’s been a while since I wrote my last entry on this blog. Today it’s gonna be my take on the movie “군함도” (Battleship Island). I’ll skip the synopsis part as maandoe already gave you a brief synopsis of the story. For this entry I will keep it short and simple (and trying my best not to give out any spoilers for those who would like to watch it in the cinemas). 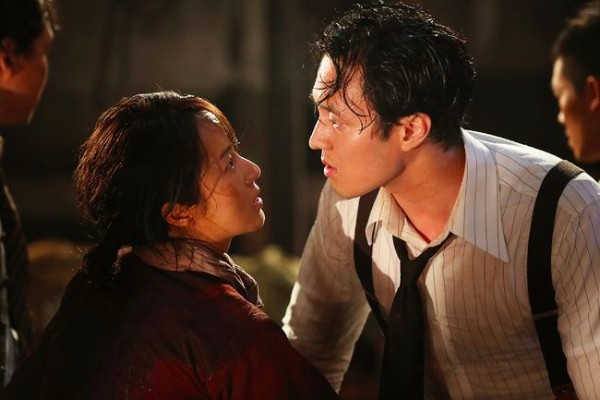 Speaking of the supporting characters, I think So Jisub’s character (Choi Chilsung) is more established in the movie. He was seen as a leader material since the start of their trip to the dreaded island. He will fight for what he believes and for the sake of his fellow koreans stuck in the island. The relationship of Choi Chilsung and Oh Mal-Nyeon (portrayed by Lee Jung-Hyun) was well told in the movie. Starting from a rough start then they were seen as a couple for some parts of the movie.

Song Joong Ki’s character came from nowhere. He was in the island for one specific purpose: to retrieve an important person. He might be poster boy for the movie but I think his character was not well built in the movie.

Overall, I can say that the cinematics was really awesome. Taking advantage of the huge set really does pay off especially during the climax of the scene. Story wise, I would agree with maandoe that it could have been better. I guess we’ll just have to blame the editors for it. I hope they release a director’s cut of this movie.

The movie has successfully narrated how koreans suffered at the hands of the Japanese Imperial Army during the World War II. This movie has everything there is to it, Action, Drama, Suspense, Nationalism, Brotherhood and the never ending successful formula of a father’s love for her daughter.

If you are going to ask me if I recommend this movie? Yes, if you want to see a movie with awesome cinematography. Storywise, I think the story of “71 Under the Fire” is far more better.

View all posts by thedailylifeofacommonman