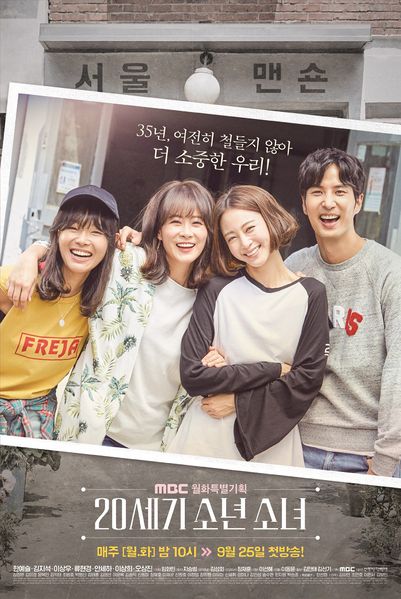 Plot: The heartwarming romantic comedy follows the story of friendship and love lives of three single ladies in their 30s who have never had real relationships.

Review:
Fresh from watching Another Miss Oh, I was kind of disappointed that Kim Ji Suk didn’t get the passionate romance for his character by the end of the show so when I saw this drama with Kim Ji Suk and Han Ye Seul as the leads, I immediately picked this up and boy am I glad I did!

The plot is very simple and nothing too glamorous or exciting that normally makes a Korean drama a big hit, but I loved how down to earth and real the friendships and family relationships were in this drama.

First off is the romance. I don’t think Sa Jin Jin’s “love triangle” with the 2 brothers were really that scandalous. Because one, they’re not blood brothers, two, it’s so obvious that Sa Jin Jin and Anthony didn’t have romantic feelings for each other. So in a way, the “love triangle” didn’t really go well. However, what went well and sold the story for me was seeing Sa Jin Jin meeting her long time crush and actually even get to be pretend couple for a few episodes! how cool is that? i’m sure every single kpop fan girl have imagined themselves in Sa Jin Jin’s shoes at one time or another. and for her dream to be realized was just a great thing to happen for her.

as for Ji won, it’s no contest at all. they are each other’s first loves and have known each other for a long time. I’m guessing the only reason they broke up was because of the dad finding out. this is something that surprised me. coz I thought he was always the nice dad and he seemed happy to see Ji won everyday. so i’m guessing, it’s either, he was still reeling when one of her daughters ran away to be with a guy that he is scared to losing her other daughter too at a young age. or as I interpreted his gestures in the current time when the news broke out that they were dating, I think he was just a bit jealous that dad is no longer #1 in his daughter’s heart. haha. it’s so sweet. I love the slow build up of their romance. they saw each other and they knew they are still attracted to each other. but instead of jumping right into a relationship, the show focused first on catching up on being friends until they couldn’t deny their feelings anymore. I actually screamed when Ji won presented Jin Jin with a proposal cake. didn’t expect it at all. he may not have gone down on one knee with a ring but it felt just as romantic and sincere. 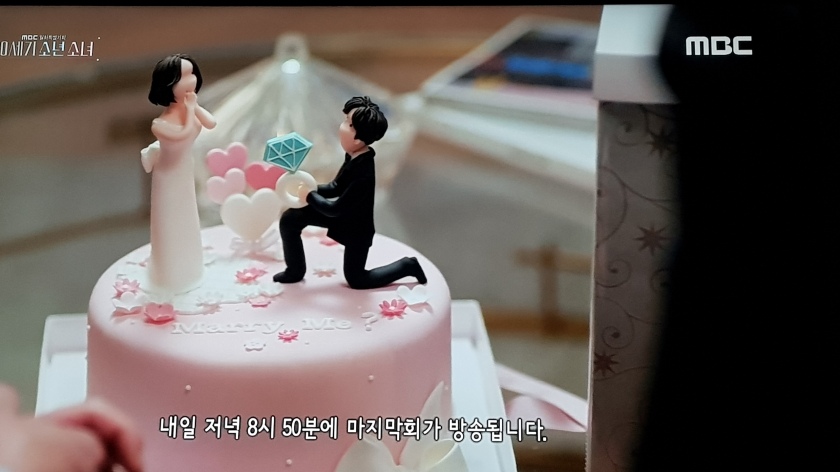 and the end where Jin Jin proposed to him at a café. wow again, so random, in such a public place, with no fanfare yet the scene was so powerful I had tears in my eyes.

the next best thing about the show is the beautiful and long time friendship between the 3 girls and Ji won. their acting seemed so real and relatable – the things they talk about, having their special place, bonding and just having fun with each other’s company. I also liked the different perspectives they had on love, especially 3 of them being single women in their 30s. I especially liked A Reum. she is like such a cool lady and I guess most guys are either intimidated by her or shocked by her. I love that she ended up with Jung woo Sung – also another boy from their childhood. they seemed like two different individuals yet when put together ..just seemed so right. they were friends first and that slowly changed into liking and loving each other. I loved how they also changed not to force themselves to like each other but actually change because they want to support and be with each other. I was heartbroken and almost hated A reum when she broke up with the sweet Woo Sung but I am so happy that it was just a phase.. a wake up call for both of them to sort out their feelings. I know they were not each other’s ideal partner but they still got lucky to have each other.

I feel bad for Young shim, she was the studious girl among them yet she was the one who seemed sad (because of the family situation), she was the lawyer but she didn’t have a job (hello, what has she been doing for the past 8+ years??) and didn’t have money. she did end up with a cute lawyer guy, though I have to admit he is sooo weird. him drinking sips of soju and getting drunk and the 4 bongos’ reactions were just hilarious!!! their romance was a bit boring and less romantic compared to the two, but it was equally beautiful – to find someone just like you, who experienced the same things and who shares the same values as you. btw, young shim’s dad was so bad I can’t believe the mom and Young shim just took it all in stride.

As for Anthony, to be honest I don’t know if it’s the acting but most of the time I didn’t know what he was thinking or feeling. he had the same expressions all through out the show. but somehow I could understand his dilemma. he has been cruising for the past 20 years banking on his past boyband life that he has really made any effort to do more and at the same time, he is also being pulled down as being an idol. and I think it’s mostly his fault for not doing better that he should have been. I applaud the manager for staying with him even though he probably was so frustrating to handle. I think what he felt for Sa Jin Jin was more gratitude, that 20 years after being an idol, there were still people who are his real fans, and at the same time, I felt he was also ashamed or embarrassed that so many fans were counting on him and he hasn’t really lived up to the expectations. being with Sa Jin Jin on We Got Married was a big turning point in his life, because it made him really think of his career and decide what he wants to do. I love the cameo of Kim So Yeon, his real wife, as the director of his new movie. there have been rumors that the director was really mean and a perfectionist and when she did it to Anthony, I was wondering if she purposely did that to force Anthony to really act or she is just like that. either way, what’s was more important were 1) Anthony finally acted as if it’s his last project and he finally becomes a top star, and 2) turns out the director was actually the club president of the boyband that Anthony was in and she has been a long time fan. I guess the dream of meeting and marrying your kpop idol/crush came true for the director!!

Overall, this was the perfect show to watch while the weather is rainy and cool. it was very heartwarming like drinking hot chocolate while lying in bed on a rainy day.

oh and trivia – Kim Ji Suk, Han Ye Seul’s mom and the Bongo driver were all part of the cast of Another Oh Hae Young! I didn’t expect that at all!

and it was nice to see Kim Jung Hwa again after so many years. she was one of my fave actresses in the early 2000s esp her Taste Sweet Love drama.

I wished the epilogue showed Jiwon and Jinjin getting married with AReum and Youngshim as bridesmaid but the ending where the 4 met up, and Jiwon is the yellow bongo driver was just as epic!