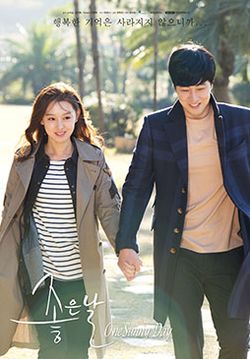 Plot
The story is about a guy and a girl who met in Jeju Island while on a business trip. They both got robbed and guy ended up staying at a guest house together and depending on each other (he lost his wallet, she lost her phone). They slowly fall in love as they stayed in Jeju Island, but what happens when they go back to Seoul?

Review
Oh, what a cute and warm drama! I can’t believe Ji won was only 22 when she filmed this drama. They looked so good together, considering SJS is way older than her. (Either she looks old or he looks young!) The story was very simple and could happen to anyone, that’s why it felt so real and relatable. Each episode was only around 10 mins so this was so easy to watch, and yet it felt complete and unrushed (maybe because 10 mins x 10 episodes almost felt like just watching a movie). I love both of them, they argued at the start but they quickly became friends and were attracted to each other. I like how they did not rush the romance, but showed us how they slowly fell in love that you can’t help but root for them to be together. I also love the OST. If you’re looking for a sweet romance, try this web drama!