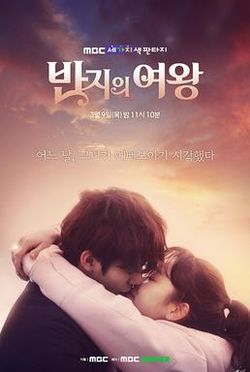 Plot
The story is about a plain girl (Mo Nanhee) who has a crush on a handsome guy but shallow guy (Park Segun). Nanhee’s mom gave her a ring that is supposed to have powers where if the guy she likes slips the ring on her finger, he will see her ideal girl. They start dating, however, Segun keeps seeing a beautiful girl instead of plain Nanhee, and the beautiful girl turns out to be her friend, Mijoo. When Segun finds out about the ring, will he choose Miju or Nanhee?

Review
I love Seulgi that’s why i watched this drama. At first I could not understand why Nanhee likes Segun. Apart from his good looks, he just seemed so shallow and always talking about looking for pretty girls. When they started dating i couldn’t really feel happy for Nanhee, and is probably the way she feels – because she knows he does not like the real her, but the pretty version of her. I partly also cannot understand Nanhee. I know she thinks she is not pretty enough but how can you be confident of yourself if she always look that way. She is actually looks alright, even cute, but her hair is awful (why does she keep wearing her hair up and her bangs are too creepily curled) and her clothes are so boring. let’s face it – not everything is about personality, you need to have both looks and personality to succeed in today’s society. I actually like Taehyun – he is not as cute as Segun but he sees the real Nanhee and likes her the way she is, without the ring and pretty looks and clothes.
On the other side, Segun started off as really shallow but as the episode progresses, i realized that he isn’t really that shallow, he is just looking for that connection, which he thought was the looks but as he dated Nanhee, he realized that what he was looking for was a girl he can be with – who he can talk to and supports him, and the other way around. I loved that when he started dating Mijoo, he realized that and started looking for the real Nanhee. and he is the one who was able to bring Nanhee out of her shell and told her she is beautiful and she should be confident. that’s what love can do to both people, they bring out the best in each other. i love what Nanhee said to Segun about model vs girlfriend. Model is someone you bring in front of everyone, but girlfriend is the one you can cry to backstage (or something like that).
I also love how we also saw Miju have a panic disorder. So it turns out even pretty people have their own problems and insecurities. and We need friends who will be there for you and support you – gives you the strength to go on with your life.

I loved the overall message that this drama tried to show, and it’s a great reminder for everyone to not just look at external beauty but also look at inner beauty, or you might miss out on a good thing.

Happy birthday to #Eugene
Cha Eun Woo looks good in anything but I particularly loved seeing him in brown, beige, tan and white. Some of his fashion style in True Beauty.
True Beauty (2021)
Awaken (2021)
I dont mind a clingy boyfriend as long as he's #ChaEunWoo
Squirrel or cat 🥰